The European Schools are an intergovernmental institution separate from the EU. If the United Kingdom left the EU this would not necessarily mean withdrawal from the European School system. Politically it is feared that the British government would also pull out of the ES since, in the negotiations on the current financial framework, it demanded the closure of these schools.

So, in the event of Brexit (UK leaving the EU), two scenarios:

1- The UK remains in the ES system, British parents currently employed by the EU keeping their rights to school education for their children. Normally, of course, there would no longer be British recruitment in the EU. The UK’s obligations concerning the supply of teachers would remain intact, but the UK has not been respecting them for quite some time now. The ES system would therefore unfortunately continue to patch over the lack of that recruitment by local recruitment or non-native speakers. In time the population of children of native English-speaking EU employees (Category I ) will plunge dramatically (there will of course still be some Irish and Maltese), renewal being partially possible through children of Category II or III. The existence of an ‘English’ section in all schools could then be called into question through the play of budget forces.

2- The UK leaves the ES system. The UK no longer supplies teachers, even if it could be hoped that those now in place were to stay on to the very end of their contracts (normally 9 years). The EU would remain obliged to allow access to the ES to all the existing entitled parties, including British. The presence of Ireland in the system provides the justification for the maintenance of an ‘English’ section and for offering English in languages II, III and IV. However, the existence of an ‘English’ section in all schools could swiftly be challenged, if only because of the play of budget forces and the dwindling population of children. 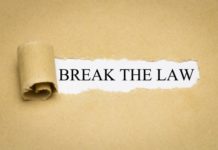 Did Leene Soekov and Per Frithiofson break the law?

Per Frithiofson explains about COVID-19

Did Leene Soekov and Per Frithiofson break the law?

Per Frithiofson explains about COVID-19